When I first saw the Blue Ink Review for "The Killer's Handbook,", my first thought was, "Ah, man...only one star?" Turns out they only give a star for a book that stands out in its genre. I went through ten pages of book reviews and only found four starred reviews! So, needless to say, I am quite happy. I have posted the review below.


Is it wrong to say a book is delightful if it’s called The Killer’s Handbook? Because that’s what Robert P. Maroney’s second mystery novel is, from the first unsettling pages to the unpredictable ending. In the latest installment of his Detective Nicholas Pearce series, Maroney puts the officially retired investigator on a bizarre new case that not only puts him on the trail of several abductions and murders, but also directly into the mind of a killer.

That, oddly, is the delightful part. It turns out that a killer’s mind is not as simple as you might expect. In fact, it’s quite complicated and highly engaging. While Maroney and his partner-with-benefits Addie use page-turning, but conventional, detective work to track down the killers who are dumping girls’ bodies in the river, there’s someone else working this case. It’s a man known only by his online handle—Reaper—and he’s written a killer’s handbook. Maroney expertly explores Reaper’s possible role in the murders, engaging us in the twists of Reaper’s mind, and making us wonder about his motives and how far he’ll go to achieve them. It’s a mystery for the Internet age, where clues like tire tracks and footprints are convincingly replaced by chat room transcripts and trails of IP addresses.

Maroney is equally at home with high-stakes suspense scenes that will have you holding your breath, and the complex logic puzzles necessary to solve the mystery. Add in affectionate banter, a very believable Louisville, Kentucky setting and an aging detective’s inner musings, and you have a well-balanced novel as well as a riveting mystery. Readers will look forward to Nicholas Pearce’s next case.


Also available in hardcover and ebook.
Posted by Nick Pearce at 2:44 PM 1 comment: 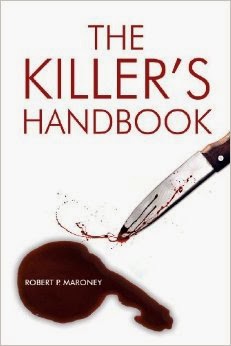 Filled with interesting characters, absorbing dialogue, and disturbing events, The Killer’s Handbook will keep you guessing until the very end.
Posted by Nick Pearce at 8:42 AM 3 comments: 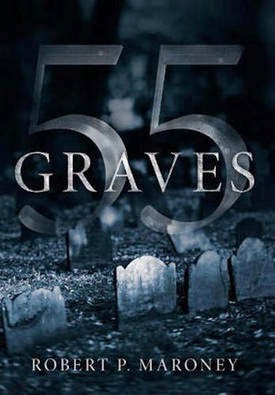 
A family has been brutally murdered leaving only their young daughter alive. Two days later another family is also slain, leaving their teenage son unharmed. While most investigators agree the attacks are random, Detective Nicholas Pearce feels they are connected and deliberately planned. As he searches for the truth, he discovers a sinister and vicious group of killers who will destroy anyone who threatens to expose them.
Posted by Nick Pearce at 2:18 PM No comments: